Moin, moin – as you're greeted in northern Germany - you lubbers and ahoy! You've probably already noticed, but I'm not a huge fan of spending my holidays in Germany. The further afar, the better is my actual motto. Yet still, if I'm spending my time on the road in Germany, it has to be somewhere along the coast. I'm simply a sucker for seaports and I'm always choosing a walk along a harbor over hiking through the Black Forest. Talking about seaports, the usual suspects coming to your mind are Hamburg or Rostock. I'm deeply ashamed to admit that I've neither set foot in Hamburg, nor in Rostock. But today we're focusing on some other gems.

First, we're off to Travemünde, an outer district of Lübeck, which is located at the inlet of the Trave in the Luebeck Bay. You've probably guessed by now, where the city's name comes from. The district is a felicitous blend of modernity and past. We've only ended up there because we've spent some days at Boltenhagen, a small village one hour from Travemünde at the coast and as we relaxed on the beach, the maritime-skyscraper caught our eyes. One single skyscraper, right at the Baltic coast? Our curiosity had been awoken and so we were on our way, eyes always on said building. Well and we ended up right at the harbor of Travemünde. It is a kinda funny contrast. The maritime-skyscraper in the back and the venerable museum ship Passat in the front. This “cutter” has already seen quite a lot after two round the world sailing tours and thirty-nine journeys to the Cape Horn. But the Travemünde harbor is definitely worth a visit. A nice boardwalk on the other side and it was calm and not too crowed. The beach is spacious and clean and the Baltic sea is unbelievably calm, while you're able to watch the boats enter the harbor. So, if you're around, say 'hello' to Travemünde. 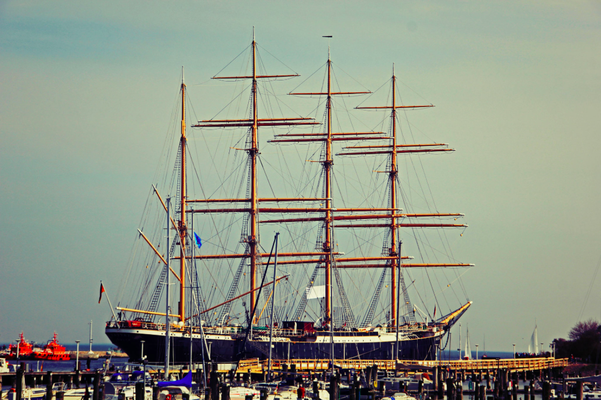 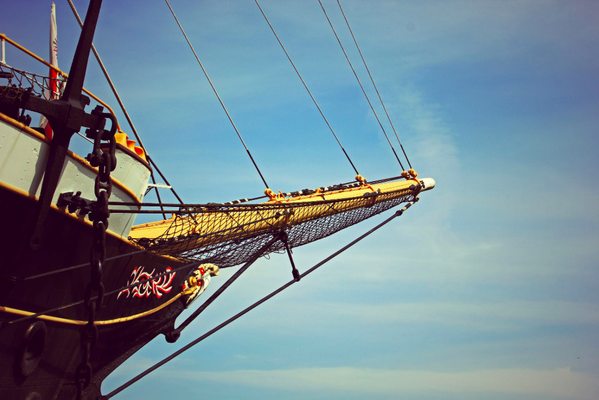 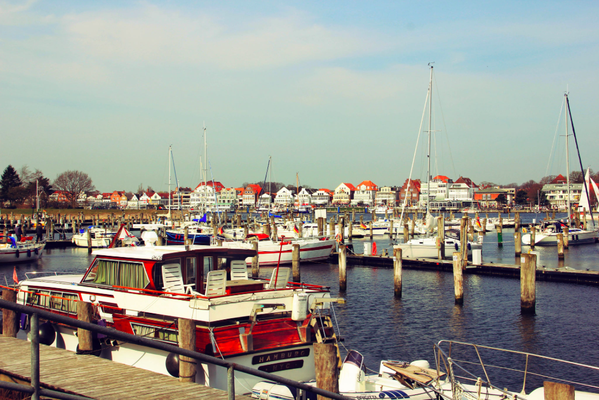 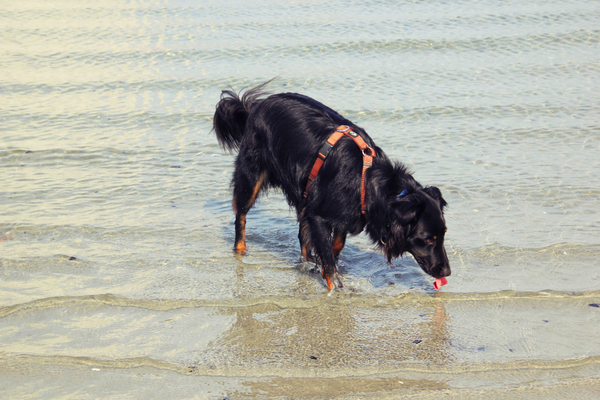 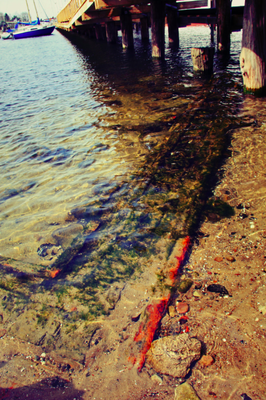 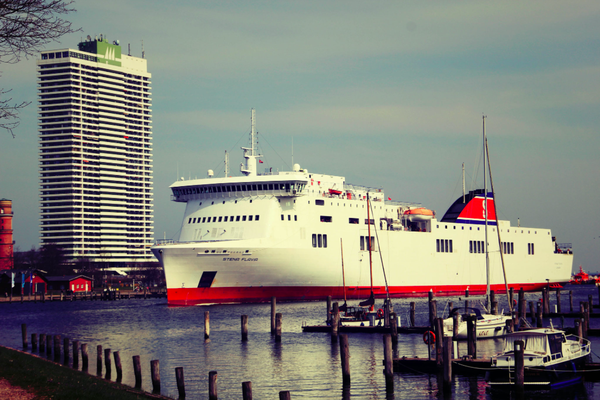 Thirteen miles inland, you'll end up in the center of Lübeck. I haven't been in Lübeck for long but the city and it's locals have won my heart. I've rarely experienced as laid-back people as them. I'm sorry Berlin, but you definitely can't keep up with that. We were a group of seven people and four – tall – dogs and nobody – really not a single person – bitched at us. On the contrary, all our dogs got was positive attention. Something, you rarely experience around Berlin. Everybody was welcoming and we ate some pretty damn tasty and fresh fish. Can't say no to that, can you? Adding up to everything, it's a nice walk along the Trave in the city center around the Holstentor. 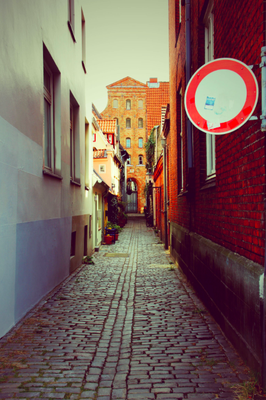 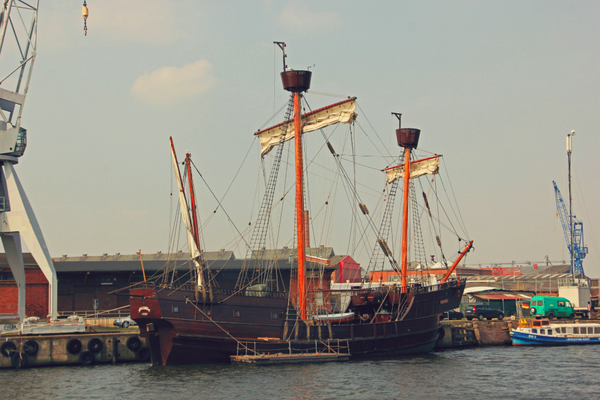 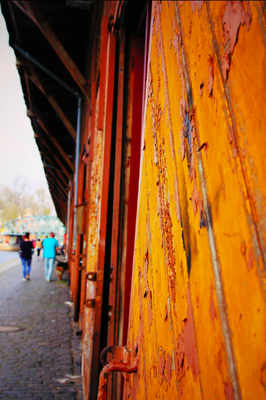 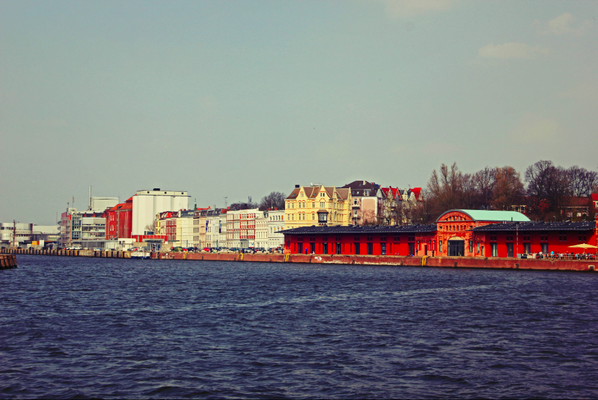 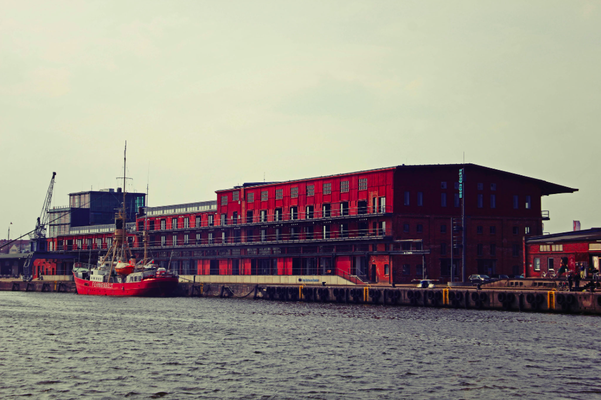 After Lübeck, we're off to the boarder between Germany and Denmark. Namely, into the historic district of Flensburg, right at the harbor of the city.

If you're enjoying Flensburg's old downtown, you'll probably gonna end up at the Norderstraße at some point and you'll find a small phenomenon there. A bunch of shoes, laced together, dangling on wires across the street, which are counted as the unofficial landmark of the city. The whole thing has stared rolling with a few costumers of a local skate shop, who bought new sneakers and left their old ones with the shop owner. The shop owner tied them together afterwards and threw them over a wire. What the eventually real story behind the whole thing is, will probably always remain a little mystery.

There is also the so-called villa Bunterhund. The departed tattooist Peter Liebman has named the place the “Ministerium für frikkelige Angelegenheiten”, which means as much as ministry for fiddly matters. The inscription is still to be seen today.

If you like rum, you should search for Große Straße 24. Jammed between two houses and underneath six barrels of rum, you'll find Braasch's Rum and you know, you're not a real pirate if you don't drink rum. Yes, there is more to Flensburg than only collecting penalty points on your driver's license. 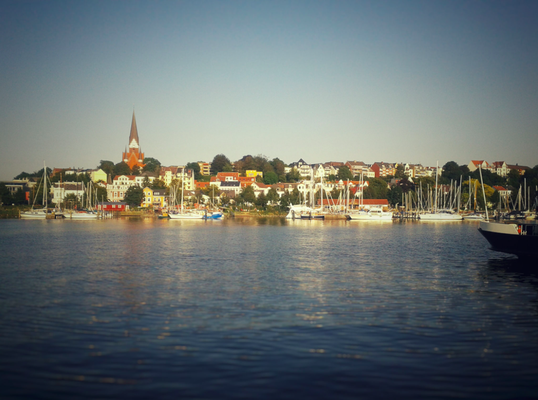 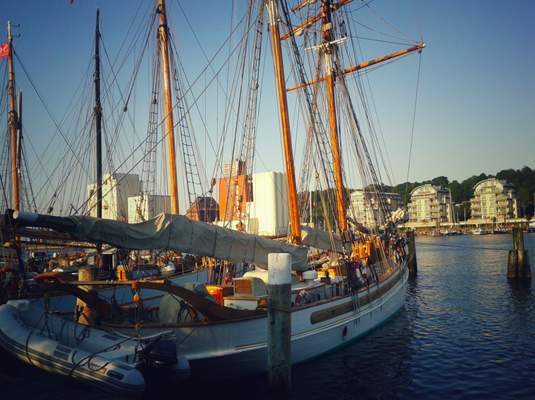 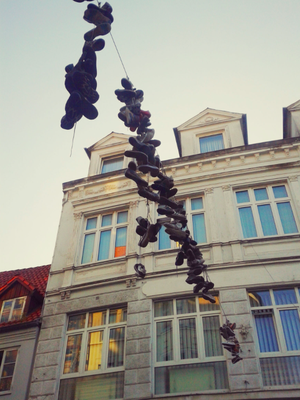 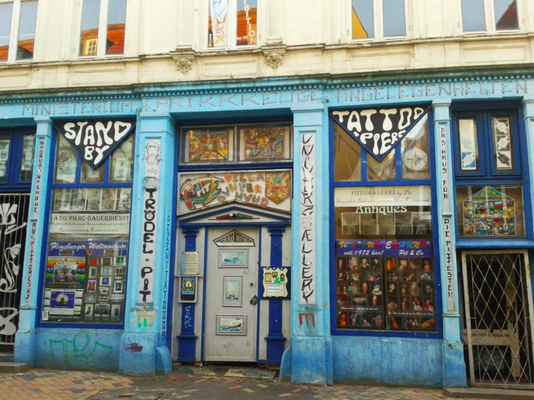 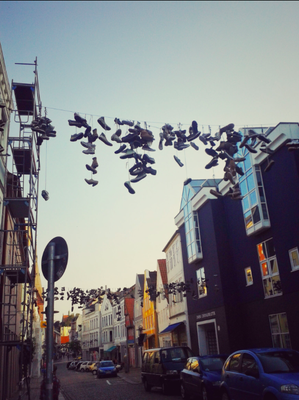 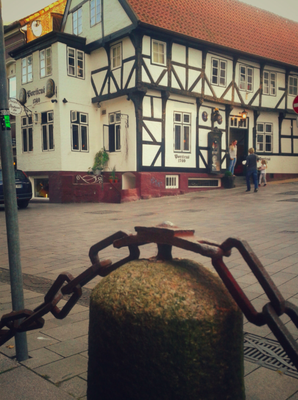 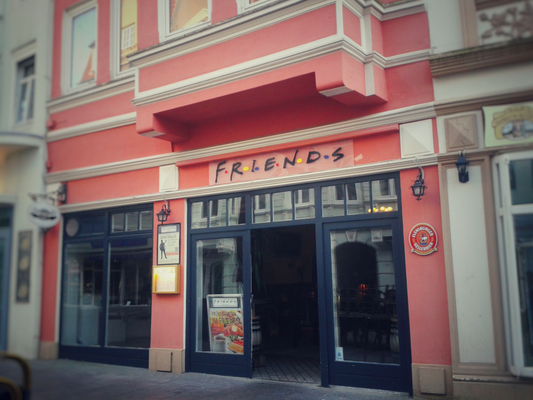 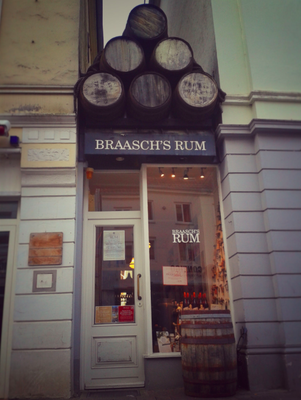 Last but not least, after Travemünde, Lübeck and Flensburg, we're off to the state capital of Schleswig-Holstein, namely Kiel.

Sadly, I have to admit that, of all Hanseatic cities I've visited, I liked Kiel at least. Of course, the port of Kiel is impressive with all of the huge cruisers and ferries. But the city itself had been too crowded. Too many tourists, knocking you down in order to get the best photo of the harbor. I've got enough of this in Berlin already.

Maybe you just have to take your time and take a closer look at the city. I'm sure, Kiel has it's nice corners but I'd rather spent my holiday in Flensburg than in Kiel. There are also tourists but it's way calmer than in Kiel and way more relaxed.

Kiel was definitely too busy for my taste and if I'm up in the north, then I want some Nordic tranquility coming with that fish sandwich ;) 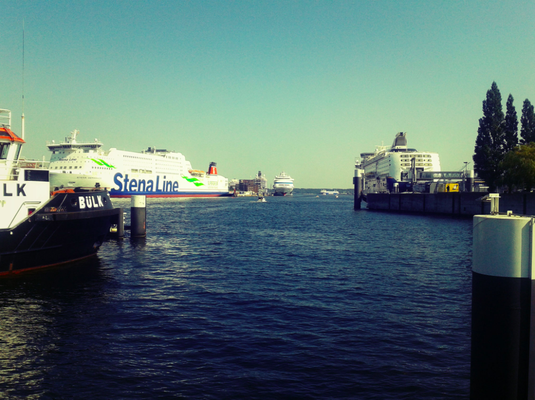 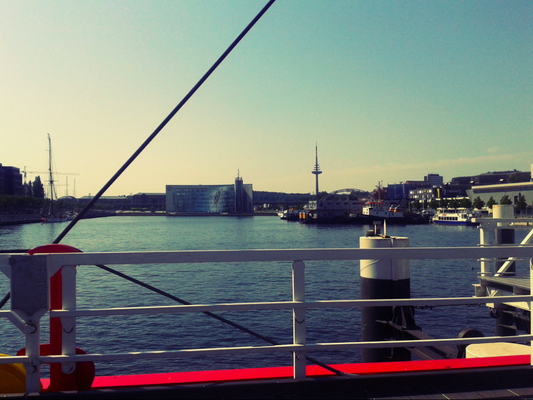 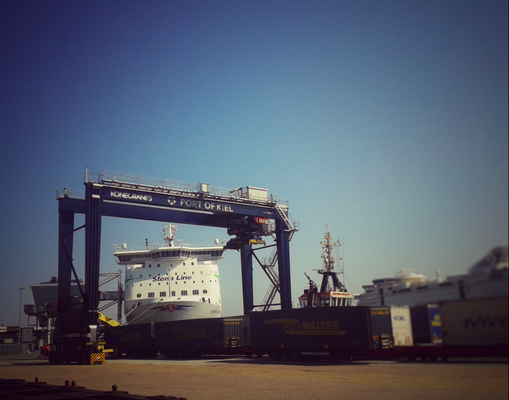 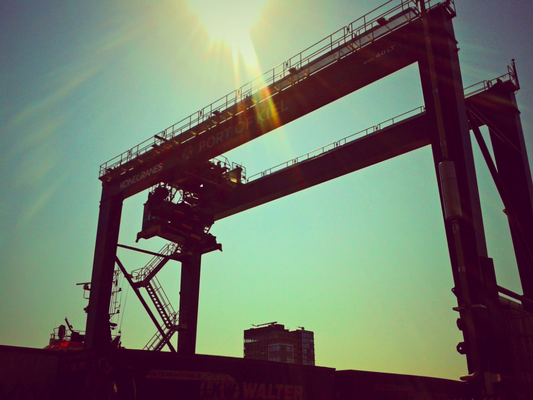 As always: you have to see for yourself to be really able to choose but to me, Flensburg and Lübeck are the real winners here.

Until then, moin moin, ahoy and happy traveling.