NEW YORK, NEW YORK - OR "THE CITY, WHERE I GOT SORE FEET"

Who doesn't the city that never sleeps. New York City. The city, that everybody wants to see, that everybody has to see, where you can go from rags to riches. And now, there's me, telling you that I don't have to visit New York a second time. Yes, you've just read that right. It was nice, experiencing New York City live, for once. The skyscrapers and Manhattan's skyline knock you flying and the Central Park is really pretty, but it's definitely not the most interesting place I've ever been to.

Let's start with our arrival. We landed at Newark International Airport in New Jersey, joining a shuttle to Manhattan, via the Holland tunnel. The shuttle, we had organized, had been a shared one and since our hotel was the last one on the route, it took about one hour and a half until we got there. Thanks to said shuttle, we nearly missed our flight back home, of which more later.

Our hotel had great location. Namely, on broadway, close to Central Park, the upper west side. It was called the hotel Marrakech. Actually, I can recommend this hotel. The location was great and the rate for the hotel room wasn't too bad for New York City conditions.

On booking.com, you can already book a double room for 71 Euros / 79 Dollars per Person / per night. Right next to the hotel is a Starbucks and a few meters down the road, on the other side of it, is the Metro Diner located. A typic, American Diner, where you can get loads of pancakes, french toast and eggs. 'Cause the hotel doesn't offer breakfast. Hardly any – affordable - hotel located in New York still offers breakfast. The Marrakech itself is nice, everything is build in Moroccan style but it's really narrow. Characteristic New York.

There was a queen sized bed in our room with just enough space for two suitcases around the bed. The bathroom wasn't too big either but clean. But it has been pretty loud in there. The insulation isn't the best and you can listen to your neighbors while they're having an argument. Again, the hotel staff had been really nice and welcoming.

On our first morning, right after breakfast, we made our way into the Central Park, where I've witnessed a phenomenon, that amazed me. New York City is noisy. Cars everywhere, traffic jam, people are shouting, it's busy but as soon as you enter Central Park, you're leaving all of that behind. I have no idea, if there's a special sound insulation included into the walls around the park but it's really fascinating. The noise gets pushed into the background, you're right in the green nature and even the smell of waste-gas exchanges into a fresh scent of gras. How does New York do that? Are there air fresheners right next to the entrances of the park? I dunno, but I really liked it. You can stay inside of the park the whole day, never seeing one corner twice. It's huge.

A fair way off the park, at the east side of the city, is the American Museum of Natural History located. Exactly, the one and only museum from the movie Night at the museum and I can tell you, approximately ninety percent of the visitors stop by because of that movie. Just like me, but this was one of my first disappointments during my New York visit. On the contrary to London's Natural History Museum, this one isn't for free. You have to pay 22 Dollars / 20 Euros and after that, the museum doesn't even look like in the movie. I thought the whole exhibition looked kinda messy and consistently, I've heard people around me saying 'that doesn't look like in the movie at all', 'where's that huge t-rex?'. Wheresoever the movie has been filmed, surely not inside of this museum and if so, they've changed the whole interior afterwards. So, safe the money and use it for something else, maybe pay at the Empire State's observation deck a visit. Yes, you should have seen that, when you're in New York City. I wouldn't call it cheap, by this time you have to pay 32 Dollars / 29 Euros to get to the 86th floor – which is entirely enough. If you want to go even more far up you have to pay further 20 bucks. The opening times of the Empire State Building are from 8 am till 2 am. I've been there right in the morning at 8 am and there was hardly any wait. It's probably pretty spectacular at night but I don't know how long you have to wait then.

Yes, New York is expensive. The attractions, the food. You may want to book a holiday apartment, so you can cook for yourself and thereby save some money.

But I can give you one tip, that will save you up some money for sure. Talking about the Statue of Liberty. As is generally known, you can sail to Liberty island and climb up into the old lady's head. The whole things costs about 28 Dollars / 25 Euros. However, there's also an option to see the lady up close and for free with the Staten Island Ferry. A ferry that is commuting between Manhattan and, well like the name says, Staten island, daily. You're getting pretty close to the Statue of Liberty with a spectacular view on Miss Liberty herself. Like I already mentioned, the ferry is for free, you save up 28 bucks and visit Staten island as a bonus.

Something else is for free, namely, walking across the Brooklyn bridge to, well, Brooklyn. The chain bridge is almost 1,2 miles / 2 kilometers long, leading across the east river from Manhattan. Of course, we've chosen the hottest day of our trip to walk across the bridge. It had a temperature of more than 86° Fahrenheit / 30° Celsius. Usually, that's not too hot but when you're walking 1,2 miles / 2 kilometers in bright sunlight, getting passed by some crazy New Yorkers, who are running on this bridge, it's quite exhausting. Once you've reached Brooklyn, you pass out for a few minutes and afterwards, you're able to enjoy the quarter. Brooklyn is a quite nice area. The houses are smaller than in Manhattan and it resembles more of a outer borough than Manhattan itself. Located right beneath the Brooklyn bridge is the famous Grimaldi's pizzeria, mentioned in quite a few guide books but spare yourself the visit, if you don't want to wait forever to get inside the thing.

Unfortunately, you have to walk those 1,2 miles / 2 kilometers back and once you've done that, you're joining the other tourists, sitting on the ground with crimson heads, becoming the best customers the local iced water vendors have ever seen.

Well, I've been out and about on my feet most of the time and those famous blocks, everyone's talking about, can be quite extended. The New York subway has it's own rules. Sometimes, the trains just pass by some stops and when you're finally able to get out of the train, you've passed by your stop and have to walk a few blocks back, so bring some good shoes.

Lot's of people are coming to New York City for a shopping spree. But if you want to buy some clothes, there isn't much difference between prices in New York and prices in Germany anymore. If you want to buy some electrical equipment, there still may be a difference but if you're only coming to New York in order to buy cheap clothes, it's not worth the flight.

There is one last thing, you should see when you're in New York and that's the artists' quarter SoHo. A hotspot for film shootings, due to it's cast-iron facades of the houses, among other things. So, those houses, that have fire exit stairs along the facade.

Bottom line, New York city is an interesting place but it's definitely enough, after you've spent a few days there, you'll probably get disappointed by some points on your list and that you'll definitely need to bring a fat purse.

Oh well, you probably want to know the story behind the nearly missed flight back home. Well, the shared shuttle, we've organized for our trip back to Newark airport, didn't show up. I had to phone around New York first, in front of a very interested group of hotel guests and the hotel staff, until the shuttle came and picked us up, one and a half hour late. Well, we didn't miss our flight but just barely.

And that's it. My full Manhattan experience. I hope you'll enjoy my little gallery.

Until then, happy traveling. 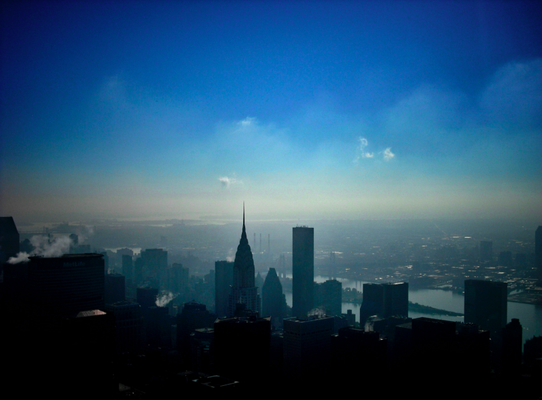 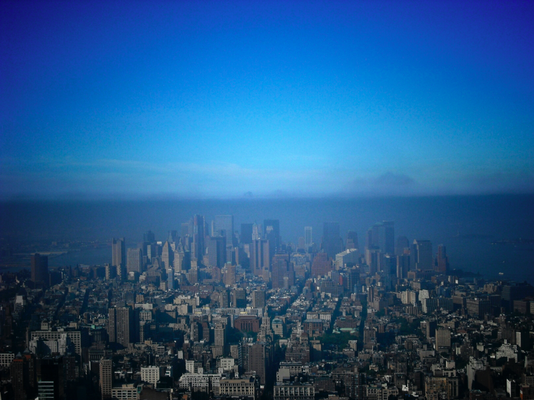 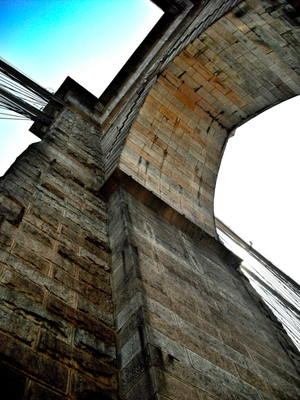 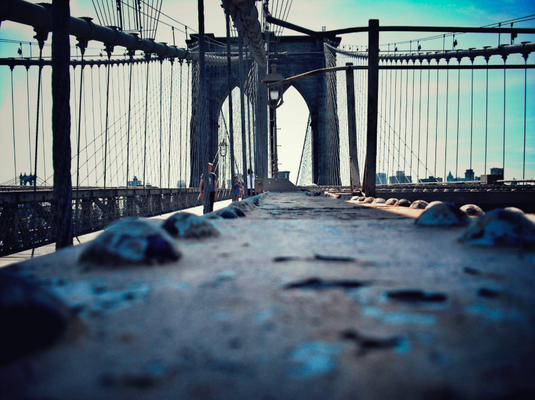 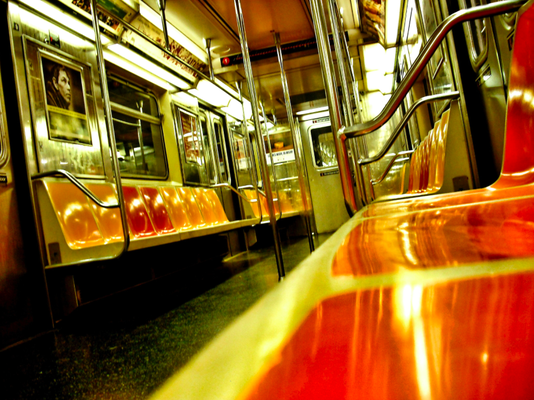 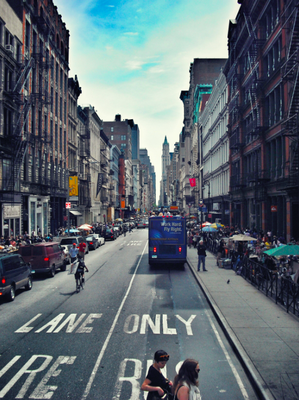 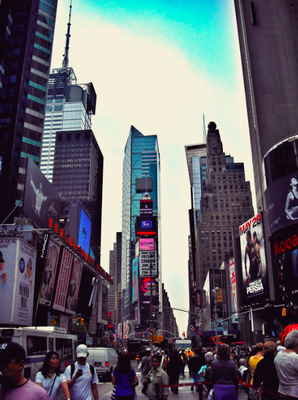 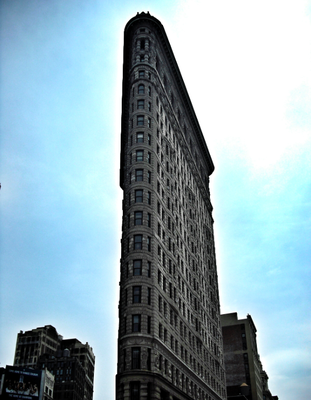 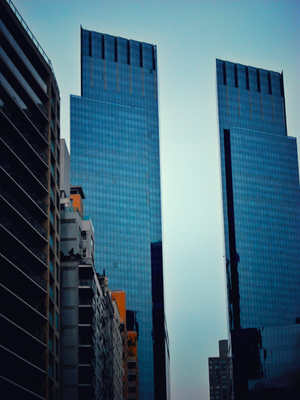 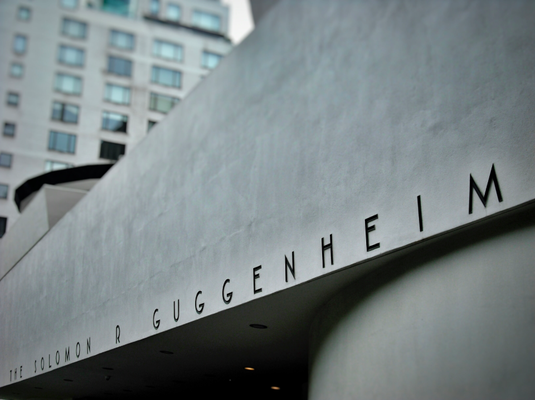 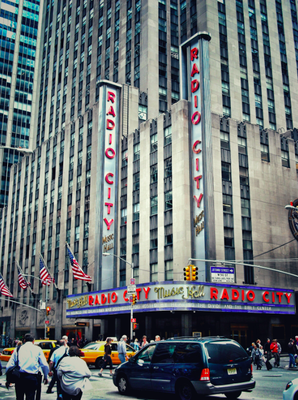 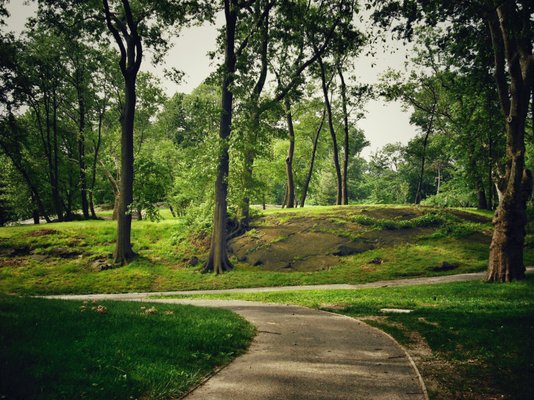 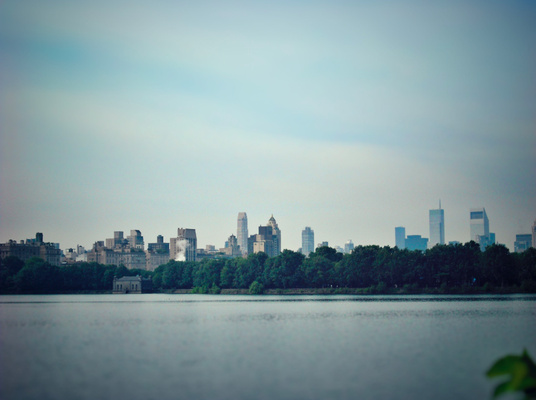